Broadwood Pianos: Then and Now

Broadwood Pianos: Then and Now

John Broadwood & Sons are the oldest English piano manufacturers still operating today. They have a long history that has been central to the development of the modern day piano as we know it, starting from its beginnings in the harpsichord trade.

In 1728 Swiss harpsichord maker Burkat Shudi started his own workshop in London. Shudi had learned his craft as an apprentice with Hermann Tabel, who in turn had trained with the Ruckers family, the greatest harpsichord makers of the 17th century. This was the foundation of the business now known as John Broadwood & Sons. In 1769 John Broadwood, a fine craftsman, married Barbara, Shudi’s younger daughter. In 1771 Shudi handed over the running of his business to his son Burkat and John Broadwood, and in 1773, Shudi died, bequeathing the workshop to his son and his son-in-law John Broadwood, who became its effective head.

Pianos were developed across Europe during the 18th century. The first maker to create an instrument with hammers hitting the strings was the Italian, Cristofori who had achieved this in 1709. By 1778, when John Broadwood had been in charge of Shudi & Broadwood for five years, he was not only a leading maker of harpsichords, but experimenting with the new, ‘piano’ as well. By 1784, Broadwood was making more pianos than harpsichords. In this year he sold 38 harpsichords, and 133 pianos, having increased production ten times in twelve years. In 1793 Broadwood ceased production in harpsichords.

The Firm became ‘John Broadwood & Sons’ in 1808, with the introduction of John Broadwood’s second son, Thomas. Broadwood’s first son James had already joined the firm in 1795. Henry Fowler Broadwood, eldest surviving son of James Broadwood, would lead the firm through the 19th century.  By 1842, 2,500 pianos a year were being made in the great factory in Horseferry Road, Westminster. Broadwoods were one of the twelve largest employers of labour in London, in an industry that was still craft-based with all parts made in-house. Broadwood continued to be at the forefront in piano development and in 1888 they patented improvements in the metal frame, leading to the ‘barless’ concert grand, with over stringing.

The 20th century and the rise of other forms of home entertainment affected the whole of the piano trade; Broadwood even diversified into gramophones for a short period. However pianos remained central to manufacturing up to the end of the last century, albeit with decreasing demand from the market.

Piano production was moved to a small factory at Moss in Norway, in 2003. In 2008 the company changed hands for the first time; the new chairman Dr Alastair Laurence, has family ties with Broadwoods going back to the year 1787. At this point, new restoration and conservation workshops were constructed at in Kent, England. Broadwood now hand make pianos to order, and provide a comprehensive restoration service for older instruments.

Broadwood has consistently invested in scientific research towards the development and improvement of the piano. For example, in 1788 Broadwood commissioned scientific research from the Royal Society and British Museum on the improvement of the piano. This resulted in the introduction of the ‘divided bridge’ on the grand, which improved the bass tone.

Broadwood have a long lineage of connections to famous musicians and other historical figures. Broadwood supplied harpsichords to the painters Reynolds and Gainsborough, and Josef Haydn ordered one. In 1765 a nine-year-old prodigy by the name of Mozart, visiting London, played a Shudi harpsichord. This was an important part of Mozart’s tour of Europe, where he was feted as a genius in the making.

In 1817 Thomas Broadwood visited Beethoven in Vienna, and in 1818 sent him a 6 octave grand, triple-stringed. Queen Victoria and Prince Albert also famously played Broadwood square pianos and made music with Mendelssohn.

Fryderyk Chopin became a great friend of Henry Broadwood in 1848, when the dying pianist visited the UK. Broadwood arranged concerts to bring in some vital income, provided pianos for all his lodgings and concerts, and train tickets. In his letters Chopin wrote:

“Broadwood has been my best and truest friend. He is as you know a very rich and well educated man …. He has splendid connections”.

Broadwood at The Piano Shop Bath

At our showroom we often have Broadwood models available. Due to the company having been the leading piano manufacturer in the 19th century, there are inevitably numerous models on the market, with varying degrees of quality. At The Piano Shop Bath we have to carry out quite substantial restoration work to all older instruments and Broadwoods are no exception.

One of these models is the famous ‘Green Frame’ upright. You can see in the photos how the iron frame was finished in a highly attractive deep green, along with a polished royal crest denoting the royal warrant that the company still holds to this day. As an instrument that dates from the 1930’s, we had to completely rebuild the action to restore its playability. It now has a lovely warm tone, combined with its obvious cosmetic charm, that presents an important part of piano history.

Feel free to come down to our showroom in Bath and find out more about this great piano manufacturer. 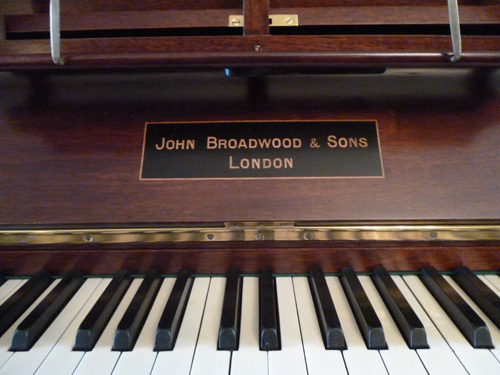 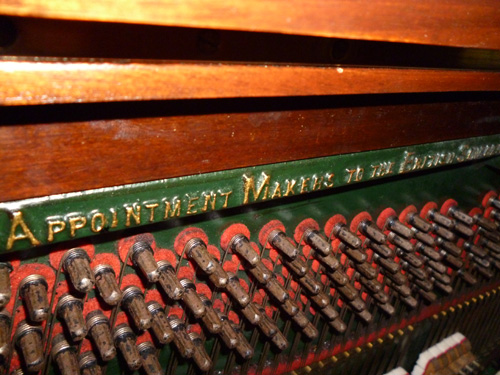 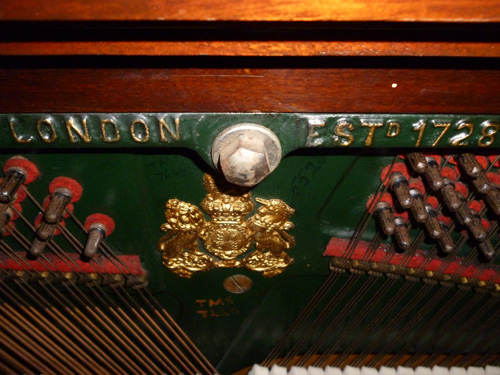 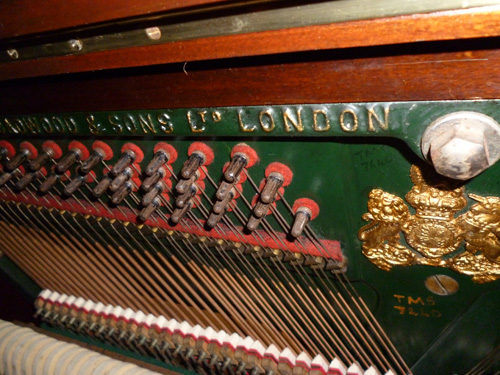 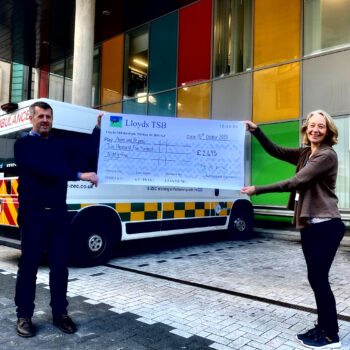 The Arts and Culture Programme at University Hospitals Bristol and Weston NHS Foundation Trust ‘Above and Beyond’ has received £2,495 from a Piano Shop Bath inspired design project. Some months ago…

December 17, 2018Newsletter, Piano Tuning, Piano tuning, Repair and RestorationJanuary, piano, piano maintenance, piano repair, piano tuning, pianosThe Piano Shop Bath
One of the most common questions we get asked is 'when should I get my piano tuned?' The simple answer is when your piano goes out of tune! But a piano...
Read More
Load More
Menu
This website uses cookies to improve your experience. Accept Read More
Privacy & Cookies Policy
Necessary Always Enabled