Popular avant-garde artists, Giffords Circus, will be at Minchinhampton, near Stroud, Gloucestershire from Thursday 6th August to Monday 17th August.

“I held the jewel of my childhood up to my eye, and through it I saw ponies and a dressing-up box and a tent, and that was Giffords Circus.”
-Nell Gifford

Touted as a magical village green touring circus, Giffords Circus will be bringing their new show, Moon Songs, to Gloucestershire from tomorrow.

The spectacular show will feature live music, astounding stunts and jaw-dropping animal performances.
See the juggling duo Bibi and Bichu and their 12 Ethiopian cousins, Odoroff the illusionist and Tweedy the Clown who will be shot from a cannon into the moon.

Their innovative and experimental show promises to turn Gloucestershire into a topsy-turvy lunatic world.

“The nation’s most glamorous troupe” – The Sunday Telegraph

Directed by award-winning comedy director Cal McCrystal, Moon Songs promises to be even more outrageous than Giffords Circus’s 2014 show, The Thunders, which was met with rapturous approval. 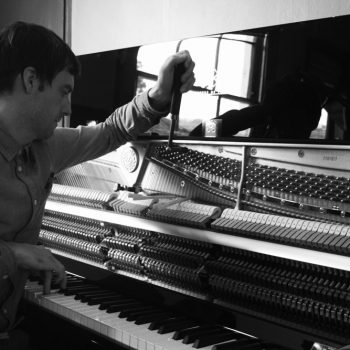 The Piano Shop Bath was recently asked to hire our Kawai RX3 GC Grand Piano to a concert venue in Cheltenham, Gloucestershire for a performance by a small ensemble. This…