One of the team here at The Piano Shop Bath, Edward Bettella, will be premiering his new choral piece ‘Voices from the Front’, on Wednesday 26th November 2014 at The Building of Bath Collection, in Bath. As well as working in our showroom, Edward gives piano lessons in Bath and composes music for various settings.

The piece will be performed by Men With Horns, a male voice choir led by Steven Hollas (organ) and conductor Mike Daniels. This is warm souding choir that was brought together to perform Romantic music from the 19th century, alongside the fantatsic Cornucopia Horn Quartet. However for this concert, the choir will be singing alone albeit with the expert playing of organist Steven Hollas and conductor Mike Daniels.

‘Voices from the Front’ is a choral piece set to the words of poems written by various soldiers who fought and died during the First World War. With this year being the centenary of the First World War, the performance will be especially poignant.

‘Voices from the Front’ will be performed alongside a beautiful rendition of Rheinberger’s Mass in F for choir and organ, as well as solo pieces from baritone Niall Hoskin.

The concert starts at 1pm on Wednesday 26th November 2014, at The Building of Bath Collection, The Paragon, Bath.

You can find out more about Edward’s composition work by following this link. 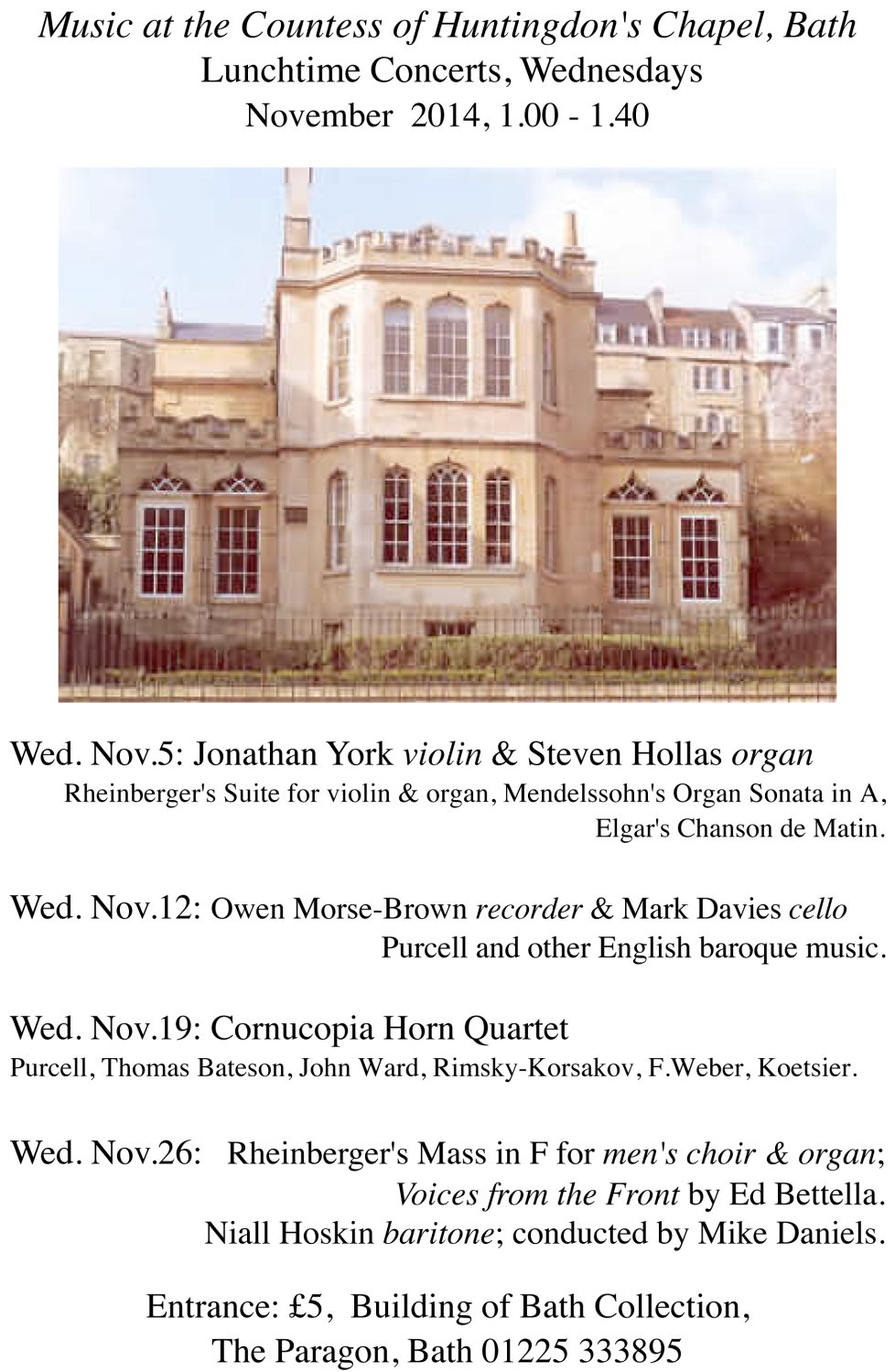 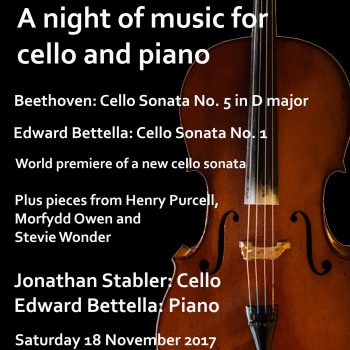