Under the Lid of the British Piano Industry

The British piano industry has its roots in the late 18th Century, the first established manufacturer, John Broadwood and Co. having been established in 1783.

The heyday of the industry was from the late 19th to the early 20th centuries, when music making, and the piano in particular, was the main form of domestic entertainment in British homes. In 1911 there were 136 piano makers in Britain, all but three in London, growing to over 300 in the 1920s. While prestigious names such as Broadwood, Welmar, Kemble and Knight were taking advantage of the booming market by improving their instruments with overstringing, overdamping, iron frames and better manufacturing techniques, they were joined in the 1900s by dozens of upstart companies, building cheap, fashionable instruments to cater to the burgeoning lower middle classes. Such instruments were, of course, of far inferior quality to those built with care by the long-established companies, and often feature elaborate casework, more attractive to the consumer than good tone or a reliable, well-built action.

As the Jazz Age of the 1920s progressed, radio and recorded music in the form of the gramophone record became more affordable and desirable; as the recorded music industry was born and rapidly grew, the domestic piano industry declined. Quality pianos continued to be built in numbers throughout the first half of the 20th century, with British builders pioneering the ‘small modern’ style of upright piano in the 1960s to suit smaller post-war homes, with a more compact case without bulky front legs.

In the 1970s, the domestic piano industry took another hit as high quality but affordable instruments from Japanese makers such as Yamaha and Kawai were made available in Britain. Unable to uphold their high standards of manufacture, now matched by the Japanese companies at a more competitive price, the industry declined once again, surviving a few years into the 21st Century. The British Piano Manufacturing Company, just up the road from us in Stroud, built instruments under the Knight, Woodchester, Welmar and Bentley brands until 2003, and Yamaha-owned Kemble until 2009.

A large number of British-built pianos still exist, and are readily available second-hand, though a great deal of these are ‘cheap and nasty’ pre-war instruments, best avoided. Good quality British pianos are sturdily built – typically lasting around eighty years before a major rebuild – and have a characteristic warm, pure tone and refined touch, though only when properly refurbished.

We refurbish only high quality instruments from respected builders for our stock, which usually includes a few refurbished small modern uprights from Kemble, Knight, Bentley etc. and at least one fully rebuilt older traditional upright from Broadwood, Chappell etc. 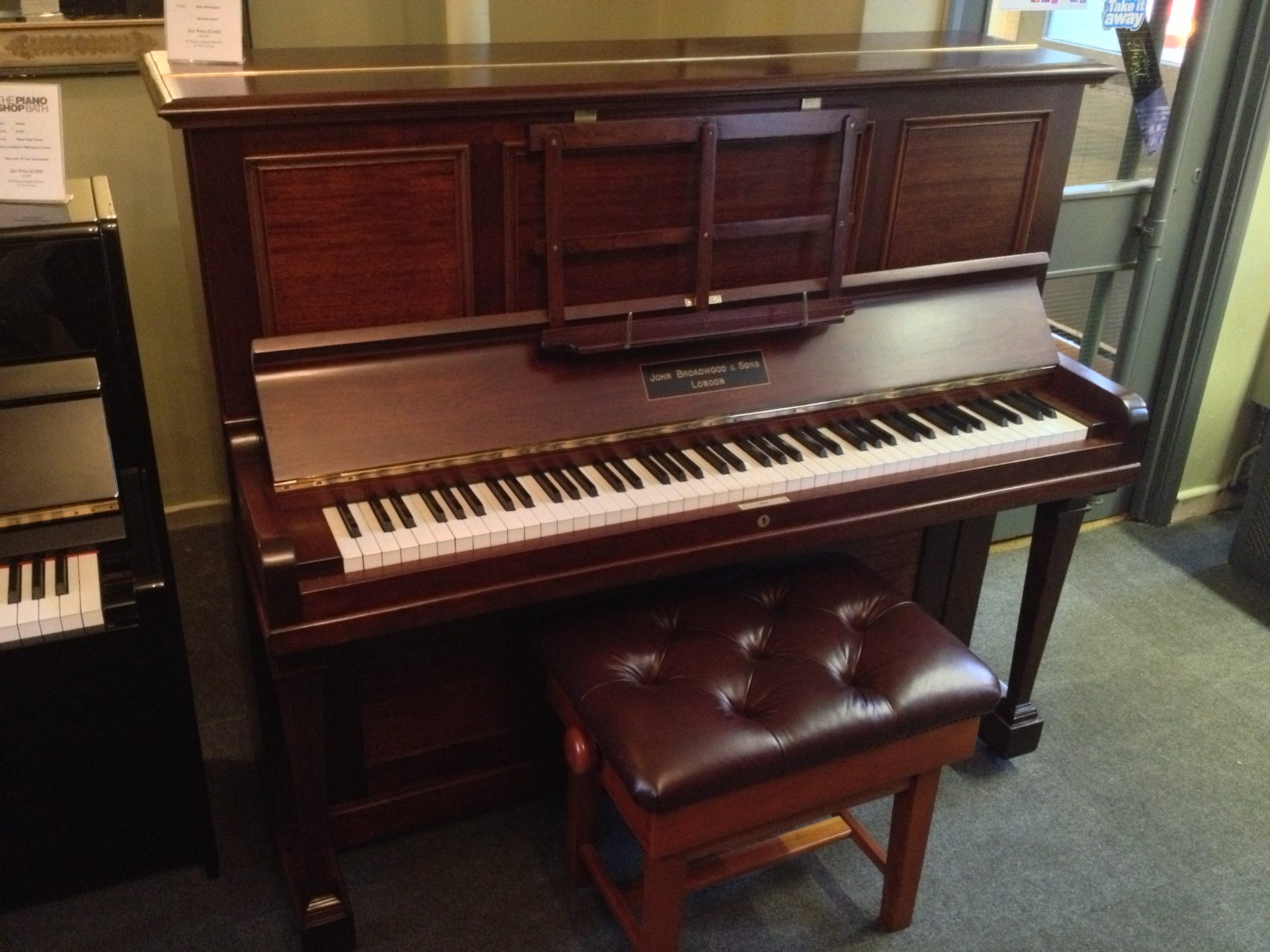