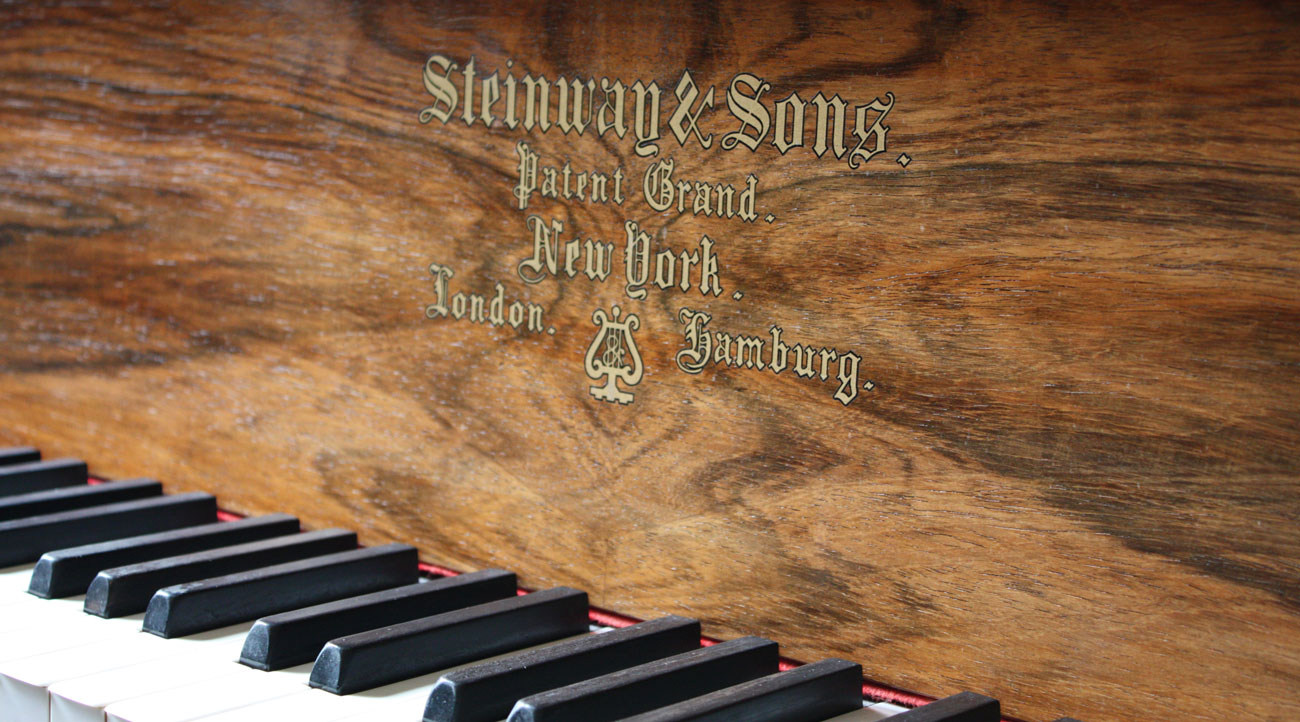 Here we take a closer look at the Steinway Model A grand piano featured in our showroom. At 6ft in length, this grand piano has the length required to produce a beautifully resonant tone but is still small enough to fit comfortably into most domestic situations. Complementary models to the Steinway model A are the slightly smaller Steinway model M and larger model B. Fitting neatly between the two, the Model A represents a very good option for those wanting a concert quality sound coupled with an aesthetically pleasing instrument for the home. The Steinway Model A is thought by some to be one of the best Steinway models to own in a domestic setting, being large enough to produce a tone of great depth but not so big that it overpowers the space. This is an important consideration for private buyers, less so of course concert venues, which is why the larger Steinway grand pianos are seen more often in venue or educational settings.

The Model A has a distinguished history behind it, being designed in 1878 by C.F.Theodore Steinway. Theodore Steinway is widely considered to be one of the greatest piano innovators the world has ever seen, in less than twenty years he secured an astonishing 45 patents and the Model A was one of his most pioneering projects. It took the vision of a single man to create what ultimately became one of the world’s most sought after pianos and the breakthroughs that enabled him to create this game changing instrument included

It is not surprising that in 1878 Steinway and Sons stated ‘it is no idle boast when we assert that the model A embodies the greatest progress ever achieved in the art of piano making’ The timeless appeal of the Model A is so great that it is still produced today, to the same specification, in Steinways American and European factories. 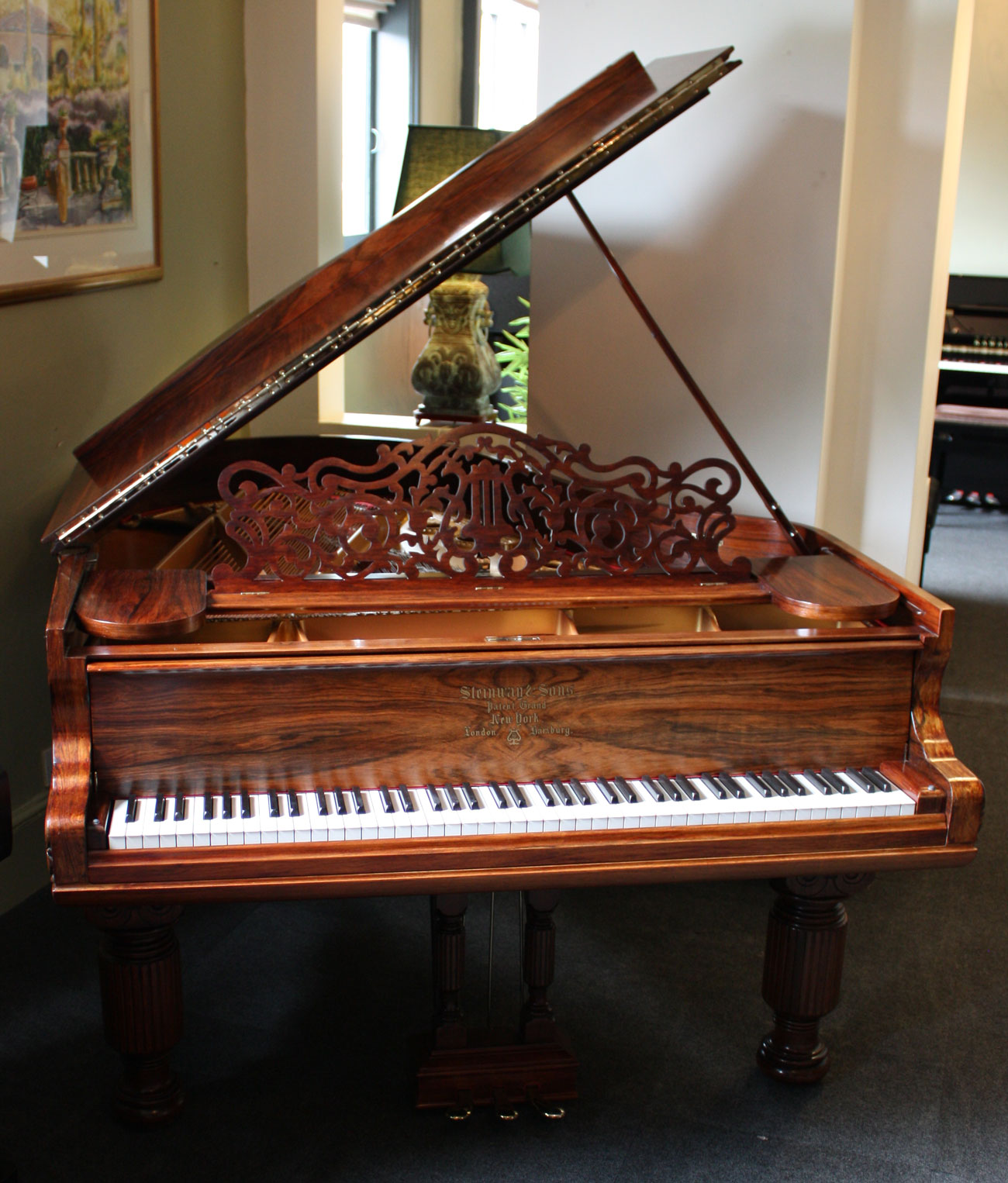 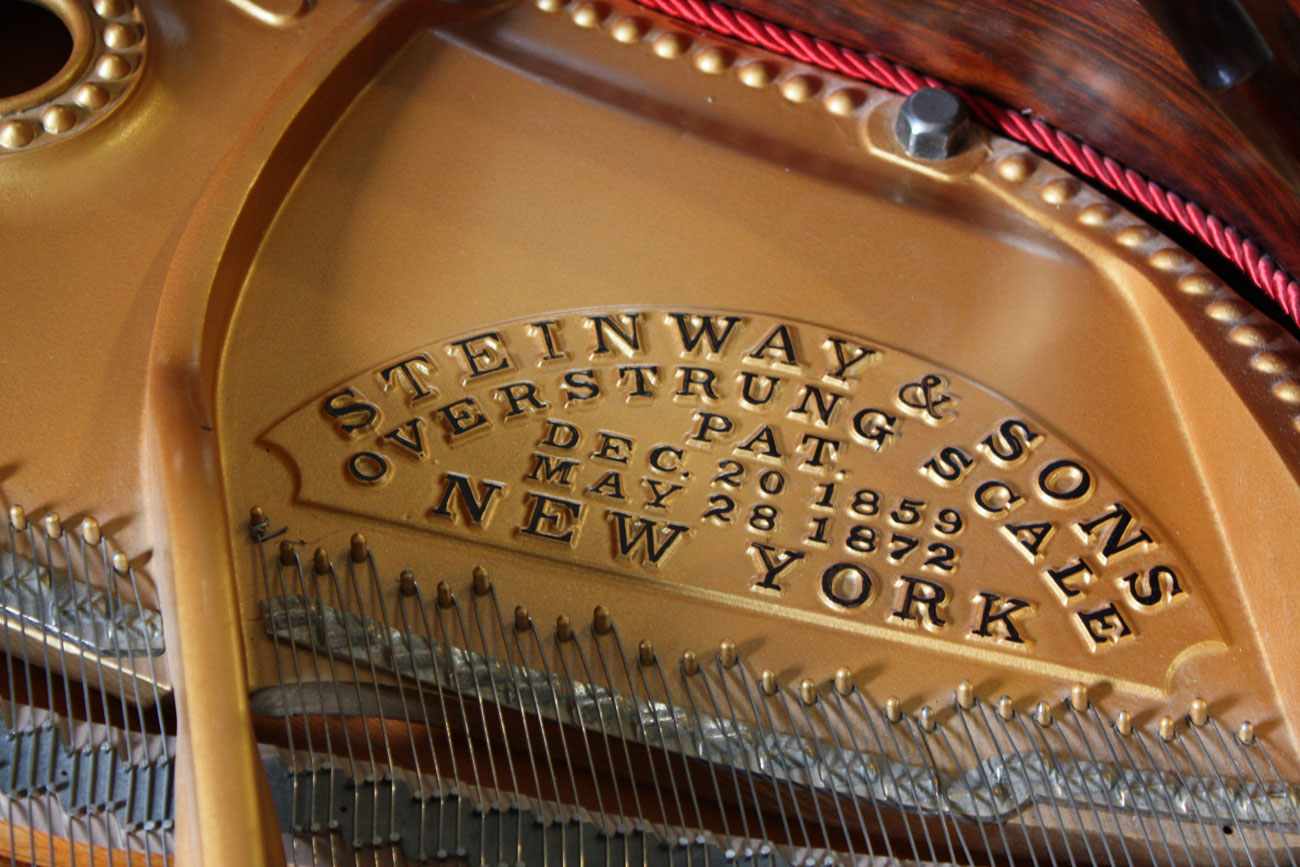 The Steinway Model A currently on display in our showroom is undoubtedly a wonderful piece of piano history, especially when considering it is one of the earliest Models of its kind ever built. The rosewood case has been restored by our expert technicians and the beautiful carved wooden legs are authentic to the time of its production. The action has been rebuilt using all Steinway components and it has also been restrung and regilded. There is a real dignity and integrity to this piano, within its layers of character there is so much depth and warmth it seems almost a disservice to discuss it merely in terms of tone and touch. However, the larger soundboard makes good on its promise to deliver a full, concert quality sound on a smaller grand and this is particularly noticeable in the bass which is rich and resonant. The treble is sparkly and warm with not a hint of the brittle tones that can sometimes creep in on older pianos. Of course the action is responsive, giving the feeling that the piano is helping you, rather than you are needing to work hard to achieve certain results. From the beginner to the most advanced of pianists this piano is a wonderful instrument to play, and I get the feeling one could easily lose hours to its welcoming and extremely rewarding charms.

Of course no words can fully do justice to a piano of this calibre and in order to appreciate it fully it must be viewed and played. We currently have a number of Steinway grands on display alongside the Model A. For more information on this or any of our pianos please do call us on 01225 427961. 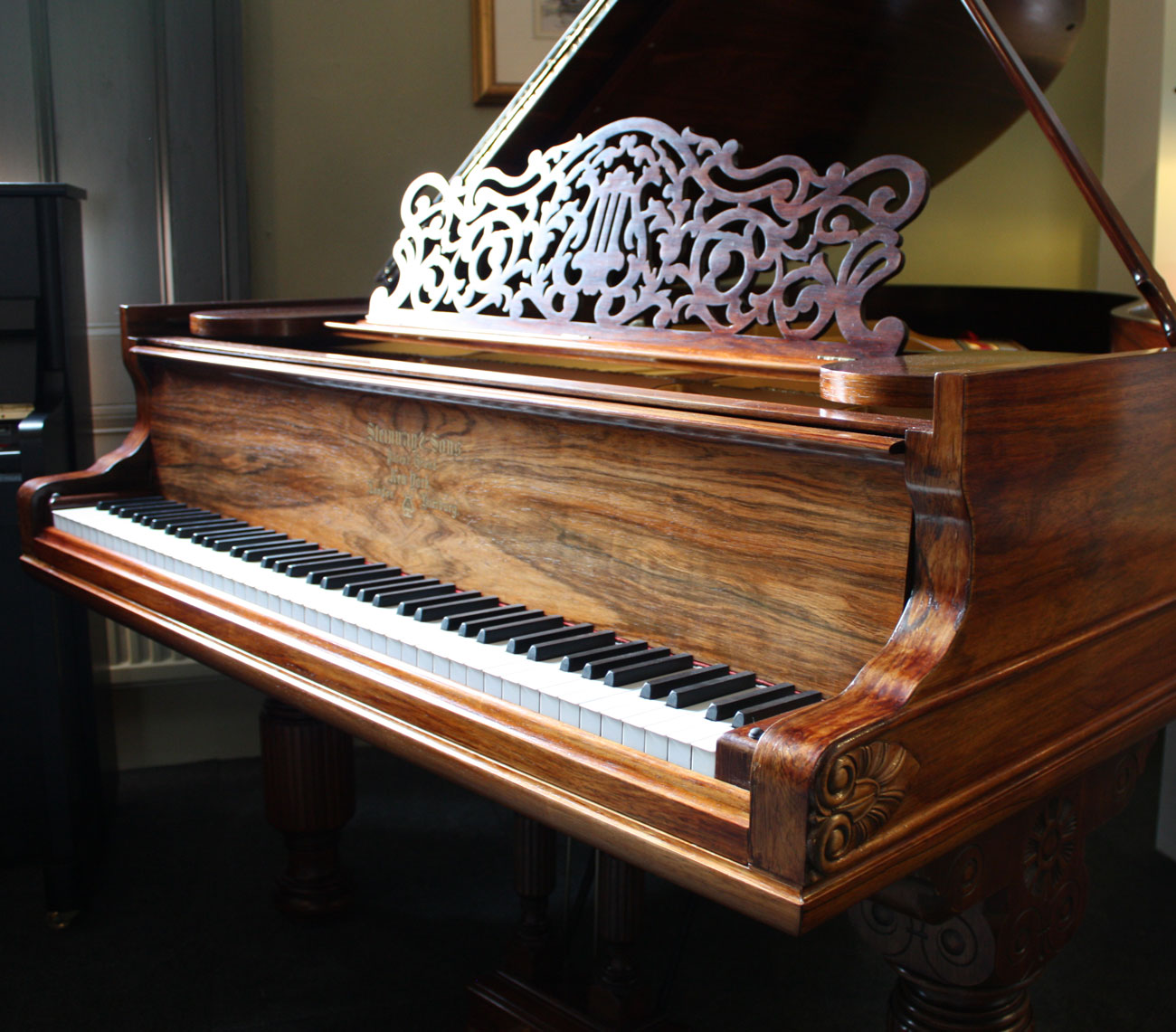