Piano Shop Bath team member Edward Bettella recently premiered his new work for piano and cello, entitled ‘Sunset Fan’Sunset Flood’. The music was inspired by the words of the poems of the same name, written by writer James Roy Blair Anderson. An extract of Edward’s blog recounting the concert is given below, and you can read the full article at his website.

‘Sunset Fan/Sunset Flood is a suite in 4 movements for piano and cello, inspired by the words of writer James Roy Blair Anderson. I have previously collaborated with James on ‘Dust‘, a short choral piece set to the words of his poem of the same title. This time, I took two of James’ poems, ‘Sunset Fan‘ and ‘Sunset Flood‘, and composed a musical depiction of the words.

The final suite can be performed both with or without the words being read in between the movements. In rehearsals for the concert we decided to read the poetry in between each movement, and I think the overall experience was truly heightened.

My musical partner in crime for this was cellist Jonathan Stabler, an experienced musician who revels in the challenges of performing new music. In addition to my new piece, we put together a program of music that included a diverse range of repertoire for cello and piano, with duets and solo pieces respectively. 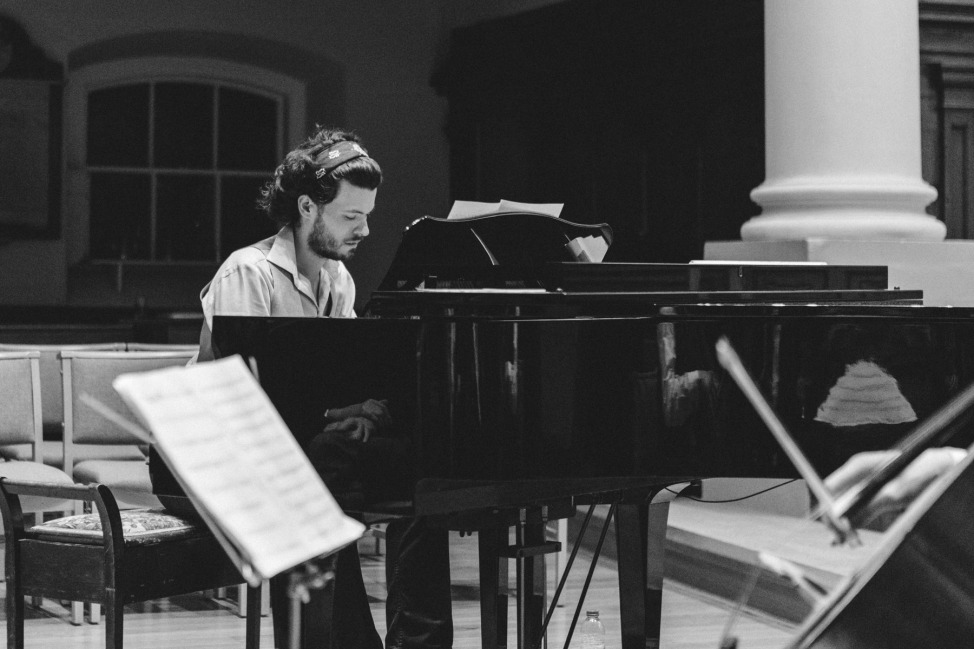 This program would take the audience on a musical journey from the Baroque period to present day. We had put in a lot of work in rehearsals and of course the admin and promotion that’s required for putting on a concert! We were very lucky to have in Bath St Swithin’s church in Walcott. A 5 minute walk from the centre of town, this beautiful example of Georgian church architecture also happens to have excellent acoustics and a very fine Yamaha G5 grand piano. Simply not having to worry about the hire of a grand piano was a massive relief, and to find that the piano was also very nice to play, takes even more stress off you as a performer.’

You can now also hear the live concert recording for yourself: