A Grand Piano in Gaza

A concert grand piano in Gaza is providing hope for musicians and future generations of music lovers in the region. In a fascinating programme from Radio 4’s Crossing Continents, ‘Saving Gaza’s grand piano’ gives insight to a Yamaha grand piano that found its way to Gaza. No one is exactly sure how, it may have been for the daughter of a wealthy diplomat to practise on. What is certain is that it ended up nearly forgotten about, as it was stored away in a corner of the Nawras Theatre. If anyone reading has seen a concert grand piano, at well over 6 foot you may ask how such an instrument could ever be hidden away! A steady growth in local conservatism against the performance of music and the continuing bouts of warfare seem to be the key causes.

This point gives an interesting insight to conflicting views on the benefits of music, specifically live performance. In the cafes and shops of Gaza, you can hear music everywhere being played on the radio or MP3’s. But the performance of live music is considered by some people in Gaza to be haram – forbidden by God.

Lukas Pairon of the charity Music Fund has a very clear view on why this may be. Music in Gaza, he says, “is a form of rebellion against being narrowly defined as living beings who only want the basic things – food, protection, security – who are only in survival mode.”

There is clearly something happening when people come together through performing and listening to live music. It provides something deeper, more meaningful. It is of course, a sublime distraction from everything else in life.

And this is exactly what piano students from Gaza’s only music school seem to think. Sara Aqel, a student at Palestine’s Edward Said National Conservatory, explains how a life growing up around destruction and pain has been soothed through music, “Music might not build you a house or give you your loved-ones back,” she says. “But it makes you feel better, so that’s why I just keep playing it.”

The Yamaha concert grand piano recently underwent a complete restoration, having suffered from some twenty years of neglect. Organised by the charity Music Fund and financed by the conductor and world renowned pianist Daniel Barenboim, the restoration was undertaken by French piano technician Claire Bertrand. Her sentiments on the art of restoring a piano are ones which we readily understand here at the Piano Shop Bath, “Every piano has its personality,” Bertrand says. “Even two brand new pianos built at the same time will sound different. That’s why I say they have a soul.”

The restoration project took 10 days and was celebrated by students of Palestine’s Edward Said National Conservatory giving a concert on the finished instrument. Plans are in motion to ensure that the piano is available for all the music school students to practise on, with an annual fundraising concert to help maintain awareness of this prized possession. The biggest task will be to find a permanent hall to house the piano in, as much of the complex where the piano resides is in ruins.

Music, in whatever society or culture you find yourself in, provides a moment to disengage from the complexity of life. If you are the musician, you get something immense from feeling the music in yourself, while sharing this with anyone who wants to listen. If you are the audience, you are allowing yourself the space, together with the rest of the audience, to enjoy the moment without anything else in life making a demand on you.

The importance of music is best summed up by the comments of Khamis Abu Shaaban, from the Gaza music school,

“(The piano) hasn’t been used because there were no musicians to play on it. But now we are going to teach a new whole generation…. They will spread the idea that music is not haram… but really natural. You have music in your body. It’s in your heart.”

You can read the full story by clicking this link here.

You can also hear the full programme by following this link to iplayer. 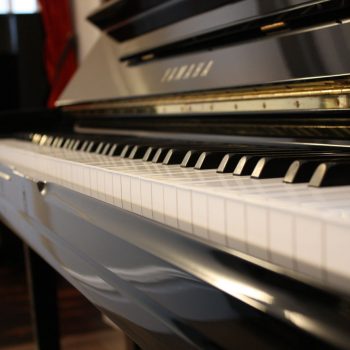 October 7, 2019News, Sticky, YamahaBuyers Guide, Yamaha, Yamaha Piano, Yamaha pianos, Yamaha U1, Yamaha U3The Piano Shop Bath
The Popularity Of The Yamaha U1 and U3 The Yamaha U series is one of the most successful model lines in piano manufacturing. It has been the upright piano of...
Read More 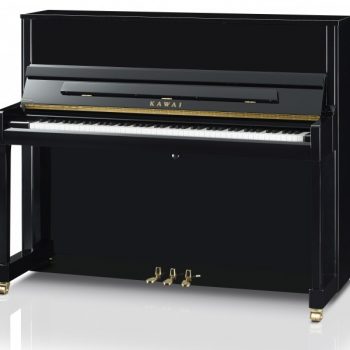