Here at The Piano Shop Bath we found this excellent gallery of pianos images on Classic FM’s website. The haunting images show old, broken pianos in a variety of settings, which conjure up evocative images of time gone past. The story of old pianos coming to the end of their lives is becoming more common in the media, but why does the fascination hold? And is there something we can learn from these images that tell us more about who we are as a society and how we have changed? 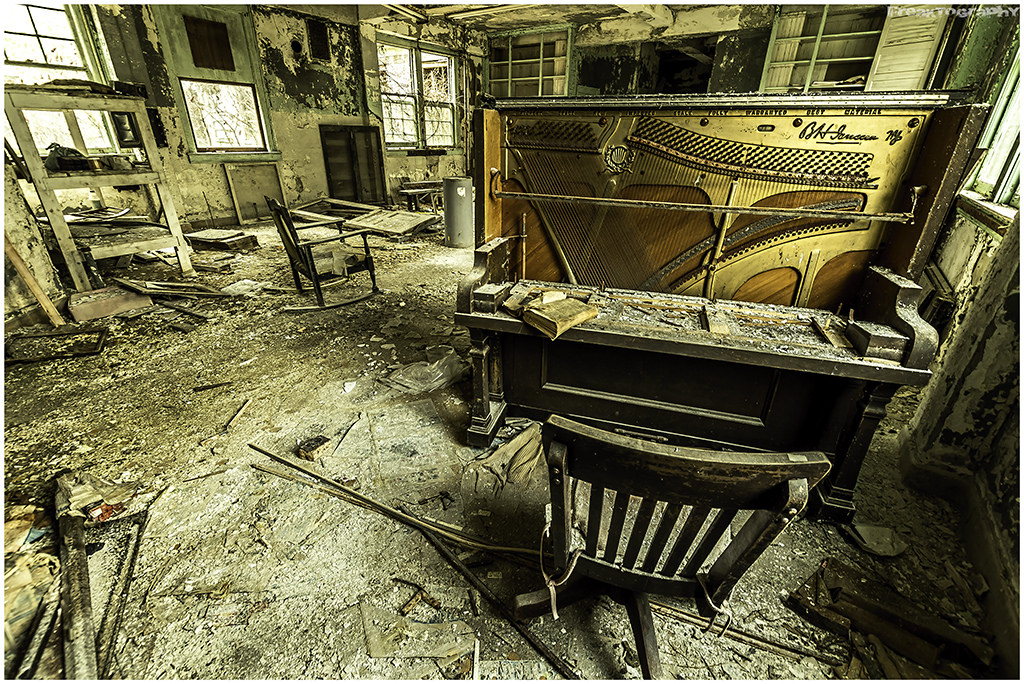 The abundance of old pianos was the result of a piano building boom in the late 19th and early 20th centuries. You may be surprised to learn during this period, Camden in London was the home to 100 small scale piano factories and workshops, churning out thousands of pianos every year. They were becoming more affordable and were seen as an important addition to the living room. In times before the record player or TV, the piano was the focal point of home entertainment. As the new forms of entertainment took over, society was provided with a more instant form of music. Remember, that having a piano means someone needs to be able to play the piano! With a record player, that became redundant and the piano was soon overtaken.

Of course, pianos are not easy to move without specialist help, and they actually require a great deal of effort to dispose of. All that solid wood and cast iron frame is extremely difficult to take apart. So it’s no surprise that many pianos simply remained in their homes for years, whether that be living rooms, bars or function halls. Roll on one hundred years and you have thousands of old pianos scattered all over the world, which have had no maintenance for years and have been left to the ravages of time.

Pianos are similar to cars in that they can be kept playable with basic care and sometimes repairs, allowing them to last for decades. Indeed, many of the pianos in these pictures are a hundred years old or more. At The Piano Shop Bath, we often get enquiries into whether we purchase old instruments. In a similar way to cars, quite often the answer is no, as they usually require a great deal of time and money to bring them up to a high playing standard. Restoration costs can be more than that of buying a new piano.

So what do these pictures illustrate? At one point, pianos were essential for providing atmosphere and entertainment to all kinds of public spaces, such as living rooms, pubs and dance halls. With the introduction of record players and amplification, pianos soon became redundant as they required somebody capable of playing lots of different songs and pieces. A one off investment in a  music system could provide years of background music, without the ongoing costs of a piano, such as tuning, repairs and of course, pianists!

This also raises the question of learning to play an instrument, which has become more of a talking point in recent years (see British pianist James Rhodes’ recent campaign to get old instruments donated to schools). Learning an instrument takes time and does not provide the instant gratification that a song on your iPod can. Taking this idea a step further, we have programmes like X-Factor which demand perfection from their contestants, from their first few sung notes and within the space of 2 minutes. A great deal of piano music contains much longer musical ideas that are developed over several minutes. To play these musical ideas will often require a degree of technical skill which is acquired over years of practise. It is easy to see why learning an instrument can at times be a hard sell to children.

Having said that, Don’t Stop The Music demonstrates that a great deal of children, given the opportunity, will gladly pick up an instrument and give it a go. Where it develops from there is partly down to the individual, but also the encouragement and support of parents and teachers play a huge role in motivating a child through times when practise is not going to well! Learning an instrument provides key life skills: time management for practise, perseverance when practise is not going well, and self-expression when performing. A final result of all of this is confidence, a natural sum of all those ingredients.

We all respond positively to hearing an instrument being played well, as it taps into a part of our brain that provides comfort and provokes memories. The sight of seeing someone coax music out a piano through the dexterity of their fingers, combined with the natural resonance and harmonics that the piano produces, is something that has fascinated people for centuries. This is why many of the pianos in Classic FM’s photo gallery can be found in public places or communal ares in the home, as it provides a chance to get together and enjoy something which, as a listener, requires very little effort and provides a great deal more.

Edward works for the Piano Shop Bath. He is a piano teacher, pianist and composer. 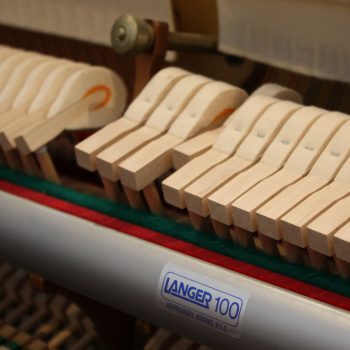 As we head into a new year it’s a good time to start thinking about those projects in the house that we have put on hold. One of those projects…